The Site and the Proposed Development

The site comprises approximately 29ha of land primarily located to the south-east of Holmston roundabout at Ayr. James Craig Ltd is a family-owned business which owns the Ayr Auction Mart and land at Holmston Old Toll.

The site is mostly in use as agricultural land at present, with some existing homes along Old Toll / Sandyhill Terrace which are located within the site boundary.

The A77 runs to the west of the site and the A70 bounds the site to the north.

The site is less than 2km from Ayr train station – approximately a 25 minute walk, or a 6 minute cycle.

There are several existing developments surrounding the site including Crofthead Caravan Park to the south, Dobbies Garden Centre to the north and existing residential to the west of the A77. 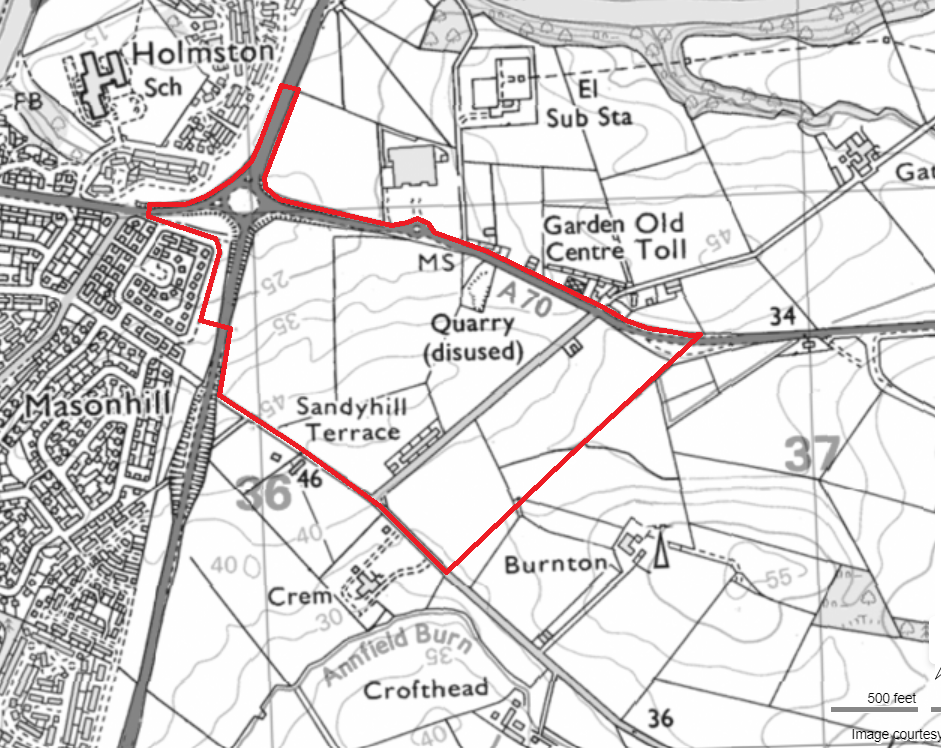 This proposed development relates to an application for Planning Permission in Principle for residential development, with some neighbourhood retail facilities and supporting infrastructure. At this early stage, no development layout is available as the proposal relates to the principle of the uses on the site only. An indicative layout is shown below which shows the site access locations and gives an indication of where potential development plots could be within the site, alongside open space provision and neighbourhood retail facilities.

The site could accommodate approximately 350 homes. 25% of these would be new affordable homes.

The site is not subject to any site-specific allocations in the adopted Local Development Plan (2014). The site is located adjacent to the Ayr settlement boundary and is outwith the greenbelt.

The former Toll which marked the entrance to Ayr can be found adjacent to the Holmston Old Toll site, on the A70. There is therefore significance in this development being brought forward to create a gateway to Ayr, reflecting the historic gateway. Ayr has historically grown in a linear pattern to the north and south. Promoting growth to the east would help reinforce the town centre and promote less reliance on the private car.

Geo-environmental, transport and environmental studies completed to date confirm that the site is free from any significant abnormal development constraints. There will be a need to improve existing infrastructure, including access to the site for pedestrians and cyclists. Feasibility studies have been undertaken and consultation with Transport Scotland and Ayrshire Roads Alliance has been undertaken to discuss deliverable access strategy for the site. 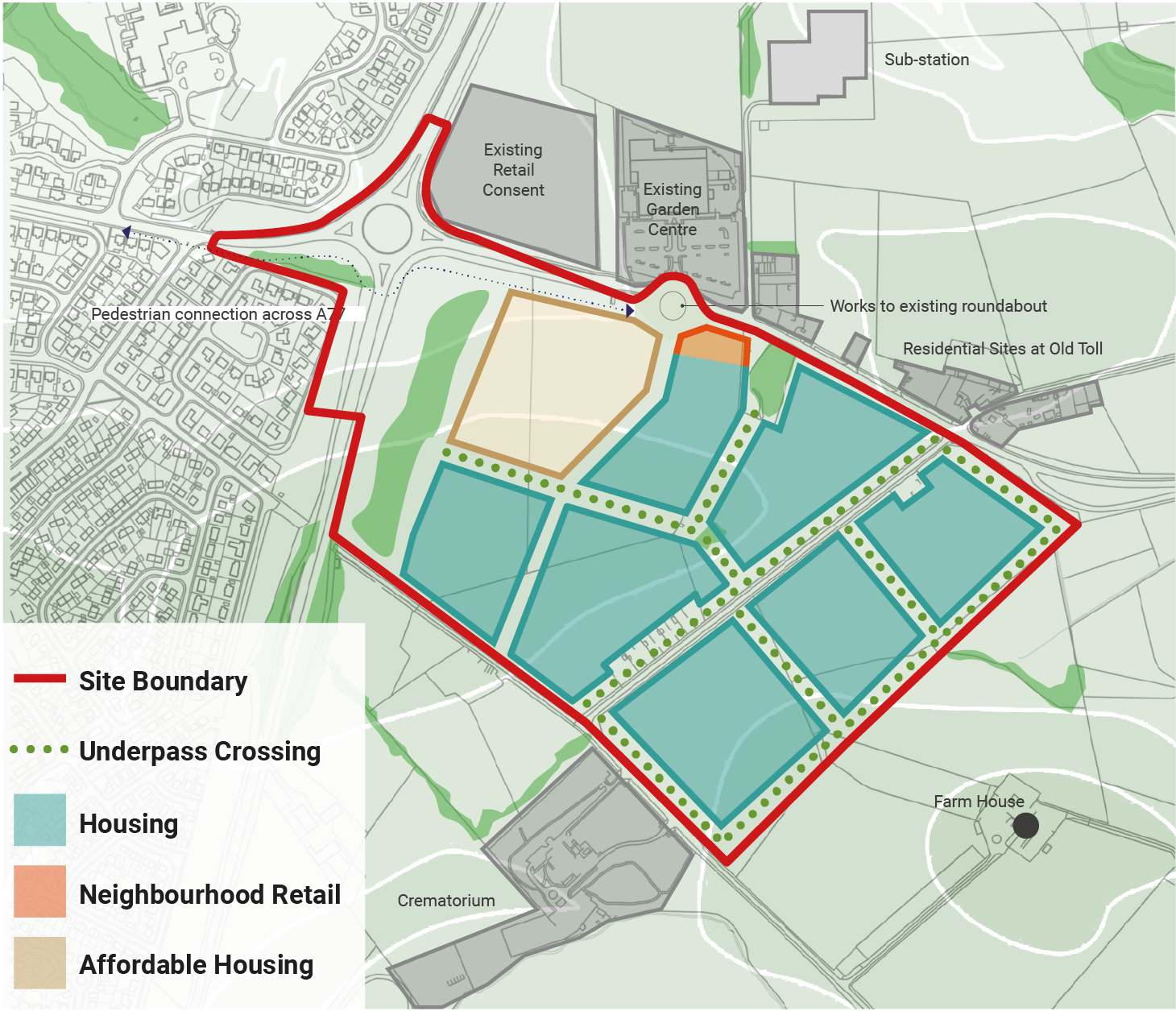 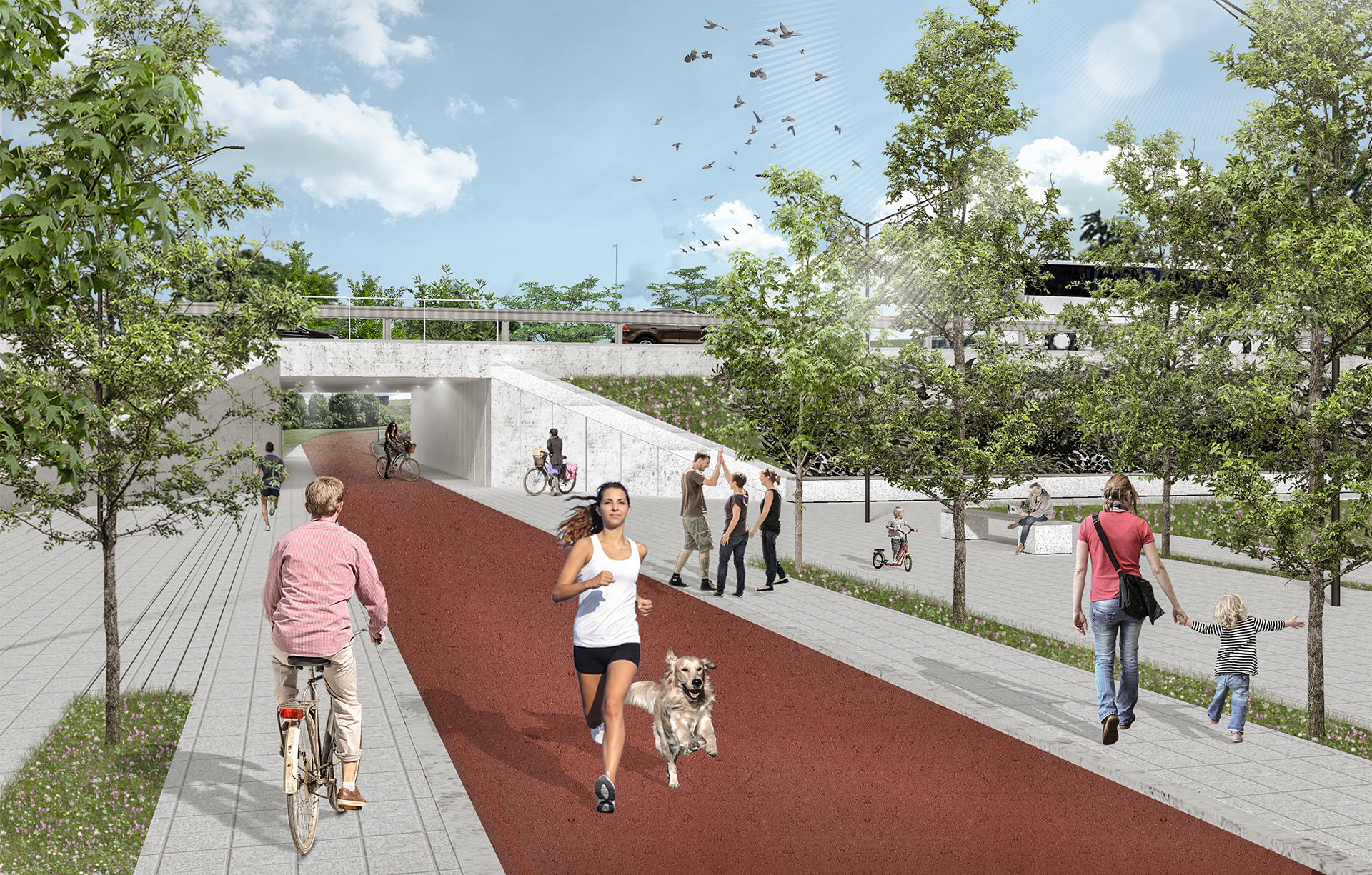 The Proposed Development could deliver the following benefits:

Pre-application consultation with South Ayrshire Council planning department is underway and this will include discussions on infrastructure requirements such as education provision to facilitate the proposed development. 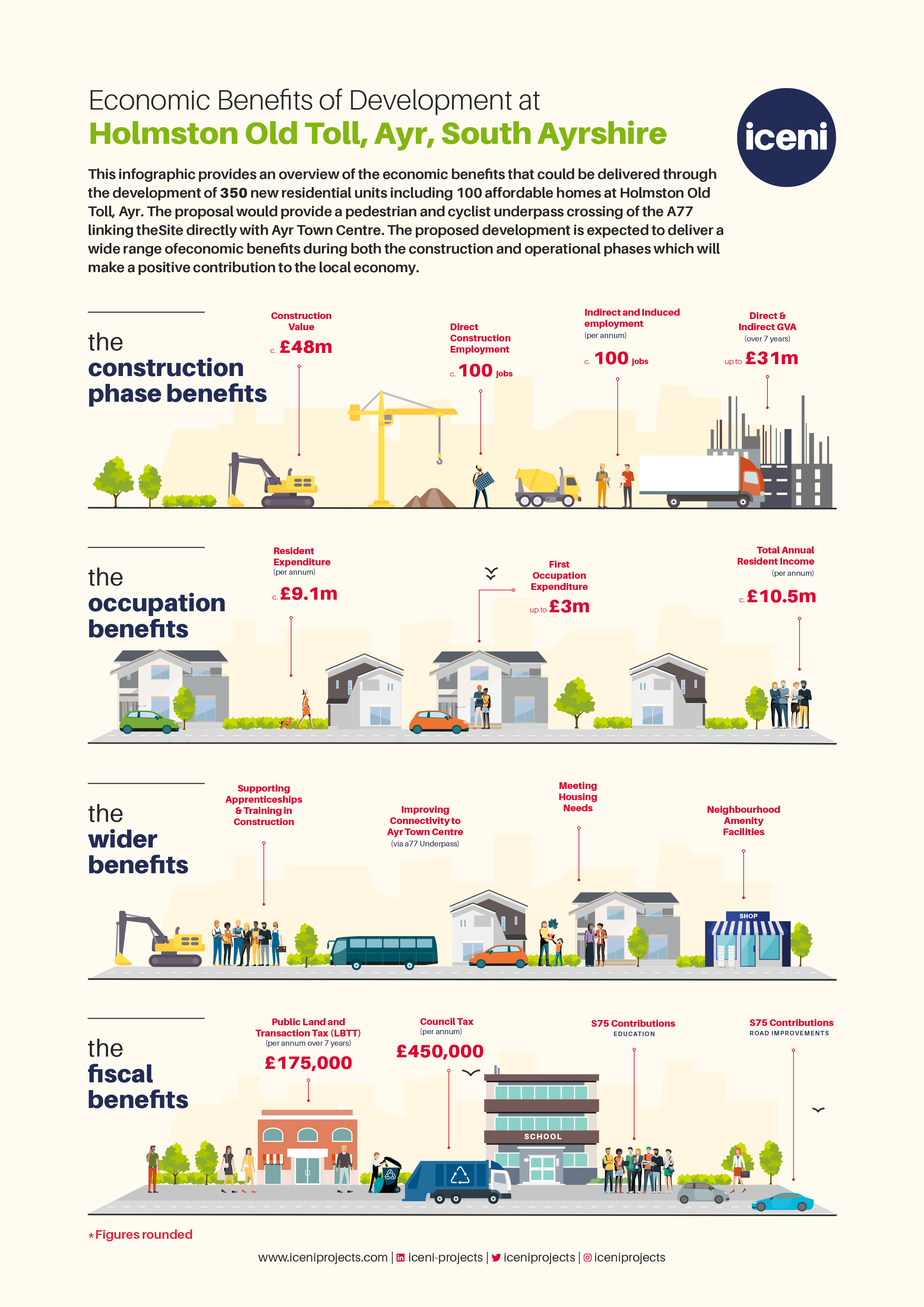